Pay Off Your Home In Half The Time!

The following table shows current 15-year mortgage refinancing rates available in Ashburn. You can use the menus to select other loan durations, alter the loan amount, or change your location.

The most popular mortgage product across the United States is the 30-year fixed-rate mortgage. The reason most buyers opt for a 30-year fixed rate is they are guaranteed a stable monthly payment and the longer loan duration means they do not have a high monthly payment.

Buyers who have a high income or live in areas with low home prices may prefer to pay off their home much more quickly. In 2016 the 15-year fixed-rate mortgage was the second most popular option after the 30-year. Borrowers save money two different ways by choosing a 15-year over a 30-year loan.

Adjustable-rate mortgages (ARMs) offer an initial teaser rate which lasts for the first 3, 5 or 7 years & then resets annually based on broader financial market reference rate like the London Interbank Offered Rate (LIBOR) or the 11th district Cost of Funds Index (COFI).

Most homeowners across the United States tend to either move or refinance their home about once every 5 to 7 years. Those who are likely to move in a short period of time may want to opt for the lower adjustable-rate, whereas those who are certain of their job stability and want to settle down for life may want to lock in low loan rates on their home.

No matter which choice a homeowner makes, provided they keep up with payments & have a strong credit profile they can choose to refinance their loan at a later date if interest rates fall significantly.

Comparison to Other Options

While the 15 year is one of the more popular mortgages, there are several other products which are available. A 15 year can be compared to the following:

Like all mortgage products, the best time to get a 15-year is when interest rates and fees are low. Interest rates are affected by a few different factors. The main factors which affects rates are inflation expectations, asset valuations, benchmark rates set by the Federal Resever & international capital flows.

Supply and demand is a basic economic principle which affects almost all everything in a free market economy. In a good economy which is growing quickly, interest rates tend to be higher because more people can afford to purchase a home and the demand increases. In a poor economy, rates tend to be lower because less people are looking to purchase a home which leads to a lower overall demand.

Mortgage rates can also be affected by governmental actions. In the past, the federal government has invested heavily in Freddie Mac and Fannie Mae so the two giants would keep their interest rates low. The Federal Reserve purchased over a trillion dollars worth of mortgage-backed securities (MBS) throughout the duration of their quantitative easing program. Between their purchases of government bonds & MBS they both drove down core interest rates across the economy and the spread between governmental debt and other forms of debt.

In situations when the economy is growing quickly, the Federal Reserve is forced to increase interest rates to prevent high inflation. Increasing federal rates has an indirectly impact which will increase mortgage costs. Home loans are typically priced at a rate slighly above 10 year Treasury notes, as most people tend to sell or refince every 5 to 7 years.

Estimate your payments with this free calculator, or compare loans side by side.

Benefits of a 15 Year 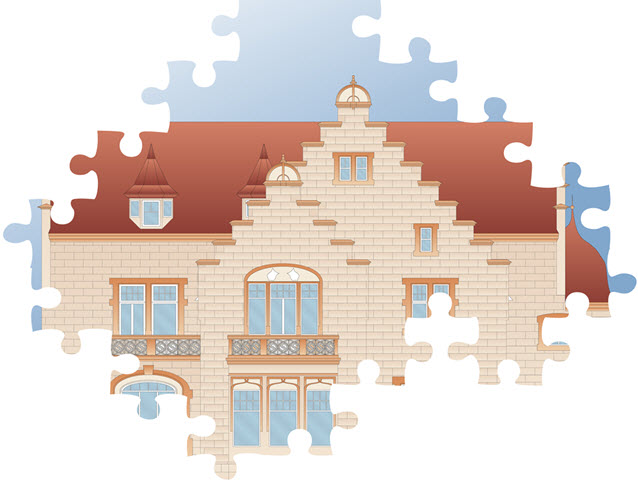 There are many benefits of selecting a 15 year loan. Some of the main benefits are:

While a 15 year comes with many advantages and is ultimately a very cheap options, some lenders attempt to throw in hidden costs which could cost a borrower thousands of dollars. Closing costs are common for any loan, but some costs to look out for & consider are as follows:

A Popular Choice Among Homeowners

The overall market composition changes significantly when one includes refis, as many people choosing to refinance their home loans into a lower rate choose the 15-year FRM. The below chart includes home purchases & home refinances. A similar chart which would focus on refinancing only would show nearly double the share for 15-year FRMs.

Ashburn Homeowners May Want to Refinance While Rates Are Low

Check your refinance options with a trusted Ashburn lender.