Calculate The Future Value of Your Savings With Compound Interest

This calculator will help you to determine the after-tax future value of a periodic investment in today's dollars. By default this calculator compounds interest annually. We also offer calculator which allows you to adjust the compounding periodicity, a see how long it will take to reach your goal, or see how much you need to save each month to have a certain amount saved by a specific date. The required monthly savings calculator also offers an exhaustive guide with dozens of frugal living and money saving strategies. You can also leverage our future value calculator to see the purchasing power of a nominal amount of cash in the future.

For your convenience current savings rates for high-interest savings, money market accounts and CDs are published below the calculator.

The Impact of Recent Financial Crisis on Interest Income

The economic crisis which swept across the global economy in 2008 & 2009 created dire economic conditions which led to central bankers dropping interest rates close to zero (or even below it in some areas) and engaging in quantitative easing to stimulate the economy. On December 16, 2008 the Federal Open Market Committee set the official Fed Funds rate at 0.0% to 0.25%.

Commercial banks followed the central banks lower, dropping rates paid on savings, checking & money market accounts close to zero. In many cases fees were also added to formerly free account features, requiring a set minimum balance to bypass fees. Some accounts even started charging "analysis fees" for inbound deposits. One of the biggest US banks went so far as creating millions of fake customer accounts to hit internal growth targets. Many such accounts were opened without the consumer's consent & had junk fees charged against them for not meeting minimum balance requirements or being inactive.

The Impact of COVID-19 on Savings Interest Rates

Typically the Federal Reserve controls the short end of the rate curve with inflation expectations, government deficits, and prospective returns from other asset classes and trade surplus recycling controlling rates on the longer end of the curve. In February 2020 the Federal Reserve Bank of New York's Kenneth D. Garbade published a staff report titled Managing the Treasury Yield Curve in the 1940s. From this research paper he concluded:

In August the St. Louis Fed published a subsequent guide describing how yield curve control works. The goal of low interest rates and yield curve control is to deflate the size of outstanding structural debt relative to the size of the economy. Under this type of regime savers are unlikely to keep up with inflation & income taxes on earnings unless they move further out on the risk curve.

Economic Recovery Prior to the COVID-19 Crisis

Gradual quarter-point increases reversed on July 31, 2019 when the FOMC lowered the Fed Funds Rate by a quarter of a percent. The trade war between the United States and China coupled with other issues like weakness in Europe and October 31st Brexit deadline caused the Federal Reserve to lower rates and end their balance sheet run off immediately at $3.8 trillion from a high of $4.5 trillion. Their balance sheet was around $800 billion before the 2008 crisis. After the COVID-19 crisis the Federal Reserve balance sheet exploded to $8.91 trillion.

The economy shrank by a record rate of 32.9% in the second quarter of 2020 while expanding at a record rate of 33.1% in the third quarter of 2020 as aggressive monetary and fiscal stimulus were unleashed in the face of the COVID-19 crisis. Stock indexes quickly recovered from late March lows, though leadership has been consolidated largely among a small set of stocks like the FANG stocks, along with other software & technology oriented stocks and stocks that benefit from the work at home movement. Offline physical retailers in apparel and other specialty categories along with financial institutions with branch networks and commodity companies in areas like energy have been decimated. Homebuilders have done well as many people have desired to move away from cities and live in larger homes that support an at home office, while REITs focusing on office space or retail outlets have performed poorly.

In spite of the Federal Open Market Committee rate hike cycle, even when the Fed Funds rate was at 2% most banks paid a small fraction of a percent interest on savings or checking accounts. Some of those same banks will pay much higher rates if you look at their ads & open a new account. Some regional banks which have struggled to grow deposits have been sending mailers with $300 bonus offers to people who open new checking accounts.

If possible, banks would like to accumulate deposits without increasing the cost basis of the current deposits they hold. In mid-2018 banks began raising interest rates on ordinary savings accounts, though they still remain a fraction of a percent in spite of reaching 5-year highs. According to the Wall Street Journal the shift toward bonuses offers banks higher returns due to targeting new customers who are likely to stick around:

“growth in deposits has slowed, which threatens an important source of low-cost funding for banks in recent years. When the Fed raised interest rates in the past, banks raised rates paid to depositors to keep them around. This time around, banks have passed along only 18% of the benefit from higher rates to customers, according to Erika Najarian, a bank analyst at Bank of America Corp.

Banks increasingly prefer the bonuses to raising rates broadly because they allow them to specifically target people who open a new primary bank account. A recurring direct deposit or minimum balance is typically required to earn the bonus, making it hard to earn the bonus on a secondary account.”

Like savings accounts, CDs are insured by the FDIC. CD rates are somewhat competitive against bonds in the 1 to 2 year time-frame, but for shorter durations treasury bills typically offer higher yields. 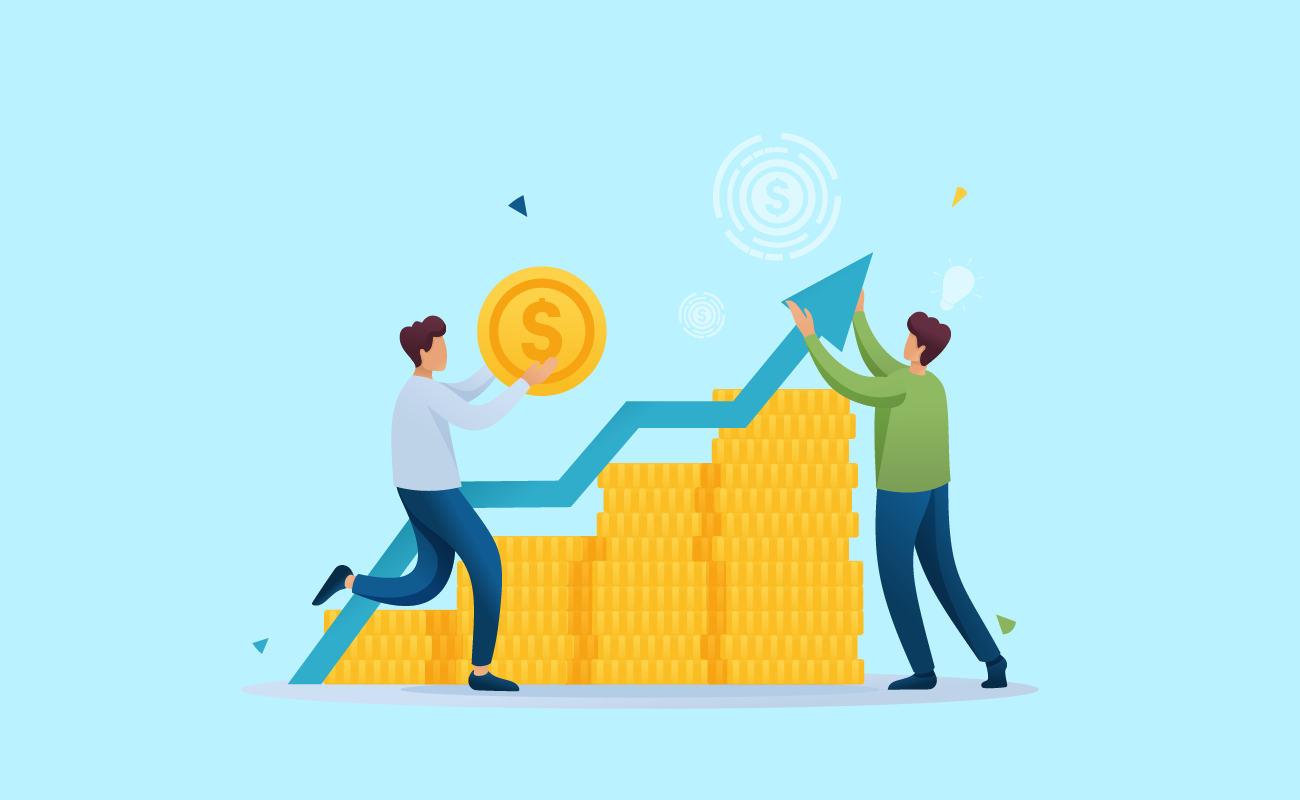 One solution for savers who wish to bypass the volatility of the financial markets & earn a higher return than their bank offers is to buy U.S. Treasury bonds, bills & notes directly at TreasuryDirect.gov.

Many federal bonds are exempt from state & local taxes, while being a taxable event at the Federal level. Some are also exempt from Federal taxation if the interest income is used to pay for educational expenses.

There are many flexible options to choose from. The following table offers a brief overview.

For sake of simplicity, CDs & bonds with fixed-interest rates are shown. Some CDs may have step up features where yields change over time & some bonds come with inflation protection aspects which lower initial yields in exchange for protecting the investor's purchasing power if inflation jumps significantly. Listing the options with variable rates would make it harder to quickly compare like with like based upon duration.

You can see yields from recent government auctions here.

If you are uncertain of your future cash needs you can buy bonds of different durations to where you have a lower yielding set of bonds that matures in the near future & then higher yielding bonds which regularly mature every year or two over time. Breaking your investment into chunks enables you to maintain a fairly steady cash-flow while allowing you to reinvest periodically to take advantage of market shifts.

Most bond investors prefer to have the majority of their bond investments in safe government securities. A barbell approach augments the core low-risk holdings with a smaller position of higher yielding and higher risk bonds or other bond-like investments.

TLT is the ticker symbol for iShares 20+ Year Treasury Bond ETF, a well-known low-risk government bond fund which yielded about 2.75% in late December of 2018..

JNK is the ticker symbol for SPDR Barclays Capital High Yield Bond ETF, a well-known high-yield bond fund which yielded about 6% in late December of 2018.

Depending on market conditions, the spread between higher-quality & lower-quality may narrow or widen. In bull markets credit spreads often narrow as there is a bid under everything, whereas in bear markets the yield spread blows out.

“Borrowers with investment-grade debt ratings (essentially higher credit scores) are paying more than 1.4 percentage points above Treasurys to borrow, up from less than 1 percentage point at the start of the year.

Spreads on junk bonds, issued by companies that are considered significantly less creditworthy, have risen even more, from around 3.2 percentage points at the start of the year to more than 4.5 percentage points now, according to FactSet.”

People who intend to save for the long haul may consider high-dividend stocks as a viable option to augment their bond holdings, particularly in times when bonds have low yields.

In June of 2018 telecommunications stocks like Verizon & AT&T offered dividend yields of around 5% to 6%. Those numbers compare favorably with Treasury Bond yields around 3%. If the holder does not need to liquidate the positions for an extended period of time then high-quality equities will typically outperform bonds. But if the holder needs to sell the security and the price declines then it is not uncommon for some dividend stocks to lose multiple years worth of dividends in capital value when markets slide. As of December 2018 AT&T had a 52-week high of $39.32 per share with a Christmas-eve close of $27.36. At the current yield of 7.46% it would take over 4 years to offset the 27.7% decline in capital value at current yields.

When Treasury Bond yields increase the share prices of utility, telecommunications & energy companies typically fall as they are not as attractive on a relative basis when Treasury rates were lower. When investors consider safe bond yields reasonable they pull back from the risk curve.

Some companies may cut dividends during times of distress, but most high-dividend stocks consider the dividend vital to retaining investor support for the company. The stock prices on some dividend stocks can fluctuate 10% or more per year, but if you know you will hold the stock for an extended period of time & the probability of the dividend going away is quite low then it can make sense to leverage high-dividend value stocks for a portion of your barbell. Another advantage of holding longterm dividend stocks is qualified dividends are taxed at lower rates than ordinary income. The following table applies to tax year 2023.

How Many Types of Refinancing Are there?

Three things to be aware of with bond funds: