Calculate the Inflation-Adjusted, After-Tax Future Value of a Single Deposit or Recurring Stream of Deposits

The first tab offers a graphical calculator which shows the returns on a regular stream of deposits or withdrawals. The visual layout makes it easy to see how changing compounding frequency or rate of return impacts total returns and growth rates over time. The calculator in the second tab incorporates taxes and inflation.

This calculator figures the future value of an optional initial investment along with a stream of deposits or withdrawals. Enter a starting amount, a rate of return, compounding frequency, how frequently you intend to add or withdrawal money, and how much you intend to contribute or withdrawal periodically. By default periodic transactions happen at the end of each period. At the bottom of the entry area there is a check box to run calculations with the deposit or withdrawal happening at the beginning of each period. This calculator does not account for the impacts of interest or inflation, though the calculator in the third tab does for a lump sum deposit.

This calculator will help you to determine the after-tax future value of a lump-sum investment in today's dollars. Enter the amount invested, your anticipated investment APR, the anticipated rate of inflation along with the rate the investment will be taxed at to see how much money you'll have saved in the future along with what that money would be worth in today's dollars. If you do not want to account for taxes or inflation you can set those inputs to zero.

The results will show how various compounding frequencies on the investment impact the overall returns, along with the returns after taxes are paid & inflation is taken into account.

The above tabs allow you to switch between the calculator and current market rates available on high yield savings accounts & CDs of various durations including 1, 3, 6 & 9 months along with 1, 2, 3 and 5 year terms.

The basic formula for future value is as follows:

That formula will give you the future value of an investment in nominal terms, however it does not adjust the results for inflation or the impact of taxes. 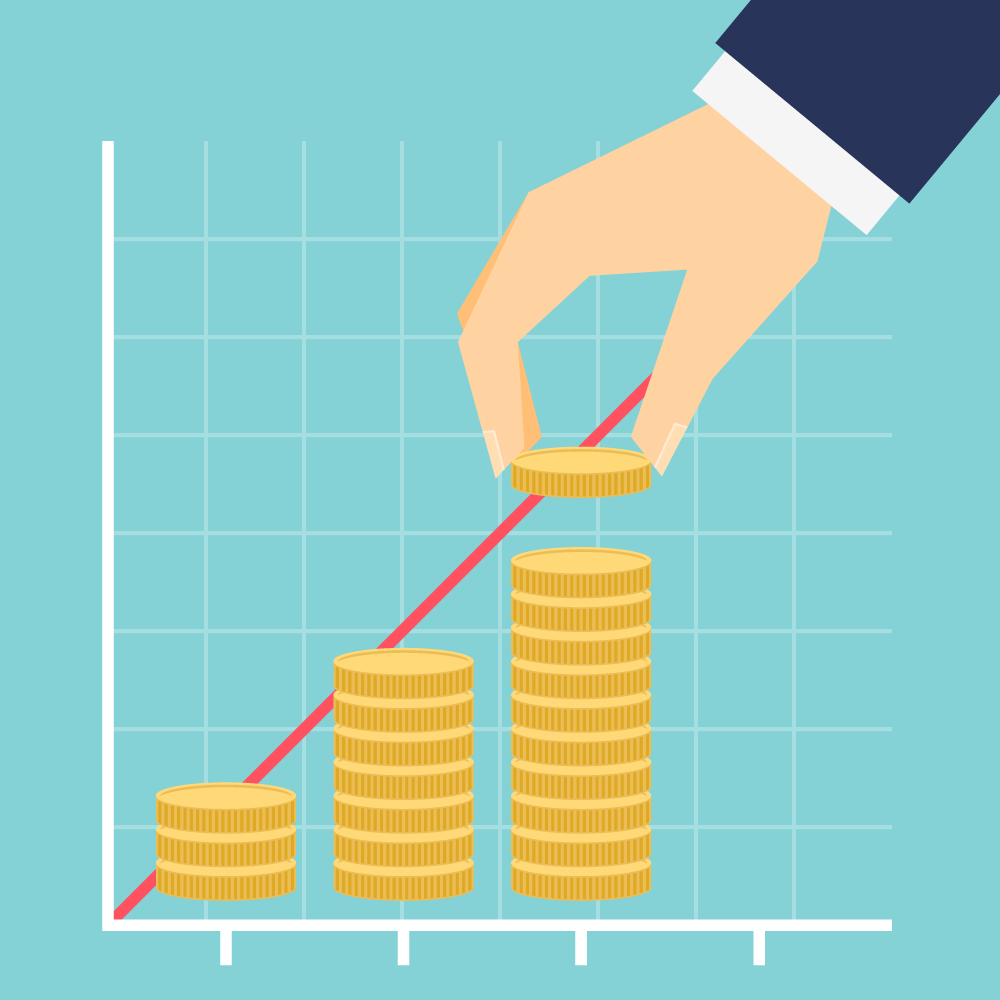 To account for taxes would start with the same formula

but then subtract the taxes from the gains.

It is worth noting the above presumes the investment is taxed at the end of the investment period rather than taxed throughout the period. This in turn allows some of the gains to compound before taxing. If returns were taxed each year then the formula would need to be changed to subtract tax after each compounding cycle rather than doing it at the end.

Interest on a normal savings account is taxed annually. Banks typically issue a 1099-INT in the first month of the following calendar year.

Ordinary annuity returns are taxed when the money is withdrawn. If an annuity is purchased using pre-tax money then the entire balance is taxable, with taxes applying to each traunch that is withdrawn. If the purchase was made using after-tax funds then only the earnings are taxable, and the principal portion of each payment is not taxed. If a deferred annuity is cashed out via a lump sum then income tax will be due on all earnings above the original investment amount.

Short-term capital gains - which are typically assessed on investments held under 1 year - are taxed as ordinary income.

Both short-term and long-term capital gains are also assessed an additional 3.8% net investment income tax for high earners. The 3.8% assessment was part of the Affordable Care Act, which has yet to be repealed.

Nominal dollars are not the same thing as actual spending power. Our debt-based fractional reserve monetary system is inherently inflationary, which means the value of currency generally declines over time.

To account for the decline in purchasing power we must subtract the compounded impacts of inflation from the final total.

For continuously compounding interest the mathematical constant e is used.