Varying deposit & compounding intervals can make calculations quite complex, so if you plan on investing at different rates over different periods of time, it is recommended you run your first calculation at the initial rate and then save the output of that calculation to use as the input for the second investment period. While this calculator is quite precise, investing terms can change over time & this calculator does not account for the impacts of taxes and inflation, thus the results should only be considered as rough estimates. We also provide a calculator that lets you enter a savings goal and then solve for the contribution needed to reach that goal.

For your convenience current savings rates for high-interest savings, money market accounts and CDs are published below the calculator.

This calculator aims to strip things down to the essence, showing how the compounding impacts of interest add up when compounded at different intervals.

According to urban legend, Albert Einstein said: “Compound interest is the eighth wonder of the world. He who understands it, earns it ... he who doesn't ... pays it.” 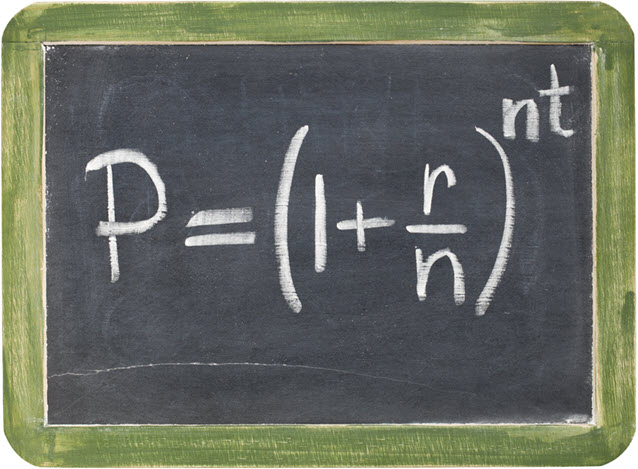 Most people would say $465 and $830, adding a dollar per day to the initial investment. However that view misses the compounding aspect of interest, which grows the money much faster. 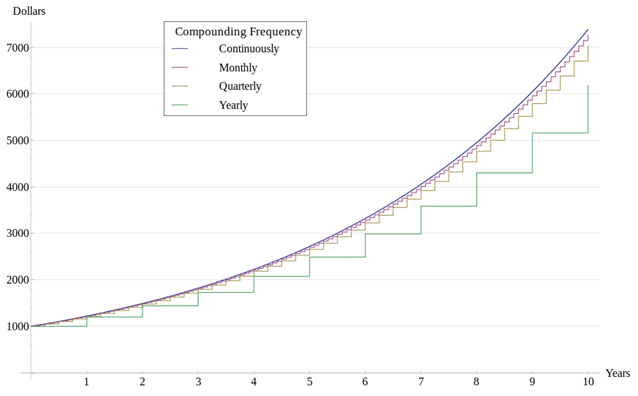 Interest on Debt vs Savings

Of course earning 1% per day is exceptionally hard to achieve, but many people who take out short term unsecured loans may be charged similar rates of interest without being aware of the true cost. A person who gets a payday loan and rolls it over a few times can pay usurious interest rates quickly running into the hundreds or thousands of percent after accounting for various fees and penalties.

These exploitative rates have led to the number of payday loan operations in the United States exploding more than 100-fold over the past 20 years. What's more, many of the payday lenders are financed by some of the big banks.

What's more, outside of mortgages most personal debt interest typically can't be wrote off against income taxes, which means people carrying personal debt need an exceptionally high rate of return to beat the returns offered by extinguishing their debts.