Here is an overview of the 2023 limits based on the number of units in a building. Limits in the third row apply to Alaska, Guam, Virgin Islands, Washington D.C & Hawaii.

Across the continental United States & other U.S. territories the breakdown of the above limits is as follows.

Loans for amounts above the current conforming rates are considered jumbo mortgages. Jumbo loans typically require a higher credit score & a larger downpayment than conforming loans. It is also quite common for jumbo loans to charge slightly higher interest rates.

The conforming loan limits historically have also applied to other government-backed housing programs.

The U.S Department of Veterans Affairs does not cap VA loan amounts. Historically they used the conforming loan limits to determine the maximium amount of liability they can assume, which means loans above those amounts would typically require a pro-rated cash downpayment from the borrower. The Blue Water Navy Vietnam Veterans Act of 2019 did away with VA loan limit for those who do not have a current outstanding VA loan & have never defaulted on a VA loan.

The HECM reverse mortgage maximum claim amount is set to $1,089,300, which is the 150% of the baseline conforming mortgage limit.

The United States federal government subsidizes homeownership to help make homes affordable. One of the means by which they help subsidize homes is through government-sponsored enterprises (GSE) Fannie Mae & Freddie Mac. These companies package & securitize home loans from other loan originators. This creates a bond-like intrument called mortgage backed securities (MBS) which enables institutional investors to invest in the real estate market. This, in turn, add liquidity to the marketplace and lowers mortgage rates.

The securitized market enables homeowners to lock in low fixed rates for extend period of time, with the 30-year fixed being the most popular loan option. For your conveniece, here is a table of current fixed mortgage rates in your local area.

In most countries (outside the United States) home loans are usually structured as variable or adjustable rate loans which rise and fall as market conditions change. The benefit of fixed rates is it allows homeowners to build their family budget using a plan for stable payments for an extended period of time while improving price stability across the broader housing market & overall economy. Countries where variable rate loans are more common see far larger shifts in housing prices as interest rates change. For example, in 1997 Hong Kong property prices fell by 70%.

The United States economy is heavily reliant on the consumer and is heavily debt levered. During periods of economic instability in the United States the Federal Reserve buys large quantities of Treasuries and MBS to hold down interest rates and add liquidity to the marketplace. On March 3, 2020 the Federal Reserve Open Market Committee (FMOC) cut the Fed Funds Rate 50 basis points to the range of 1 to 1.25%. On March 16, 2020 the FOMC lowered the Fed Funds Rate another 100 basis points to a range of 0 to 0.25%. In the 4-month period after the COVID-19 crisis hit the Federal Reserve not only slashed the Fed Funds Rate twice to zero but they also expanded their balance sheet by $3 trillion dollars to over $7 trillion. A number of factors have led to 2020 being a record year for mortgage volume with Fannie Mae projecting $4.1 trillion in total loan volume. 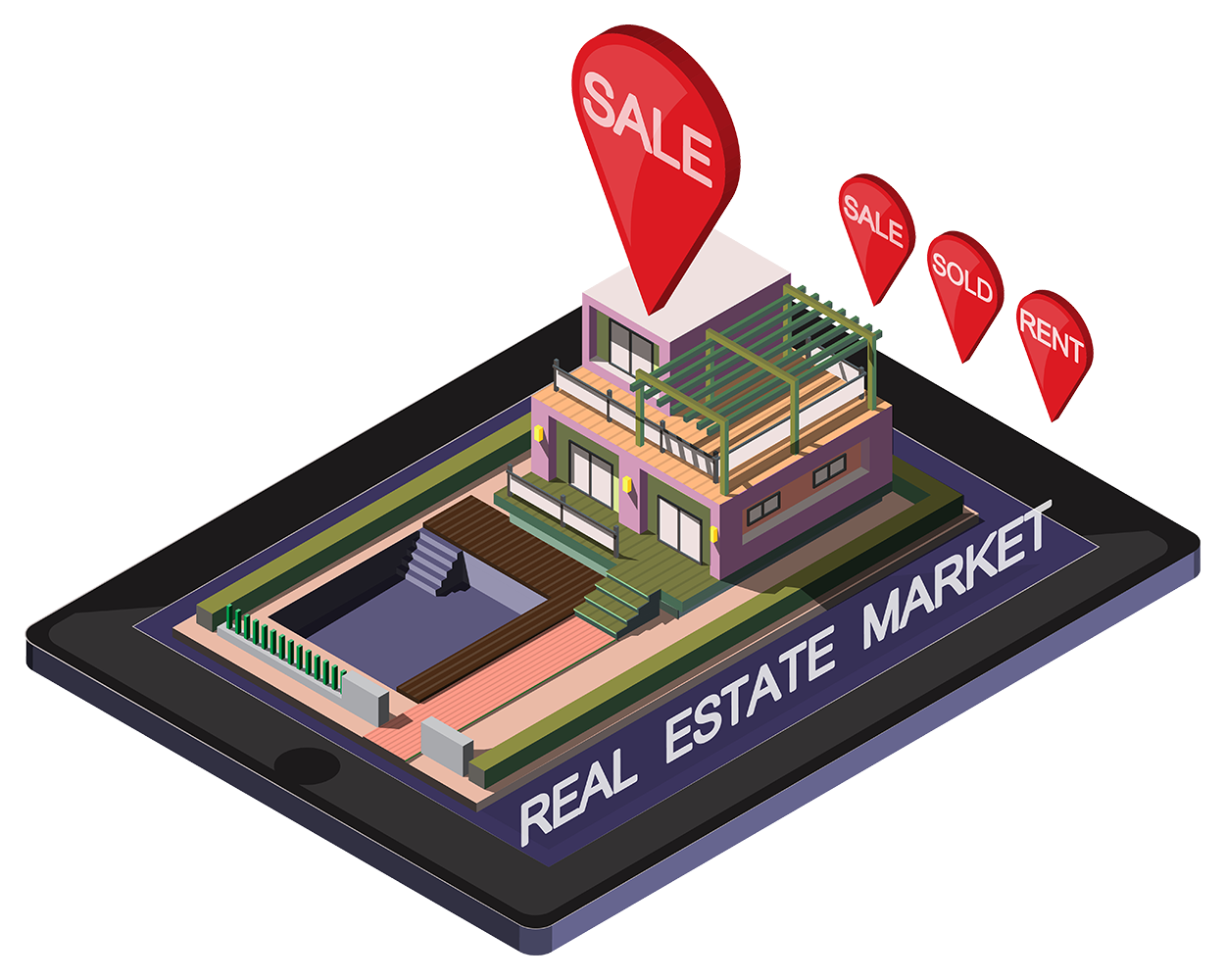 The FHFA offers an interactive map of conforming limits by county. A static version of the map is included below, followed by state-by-state tables of county-level data 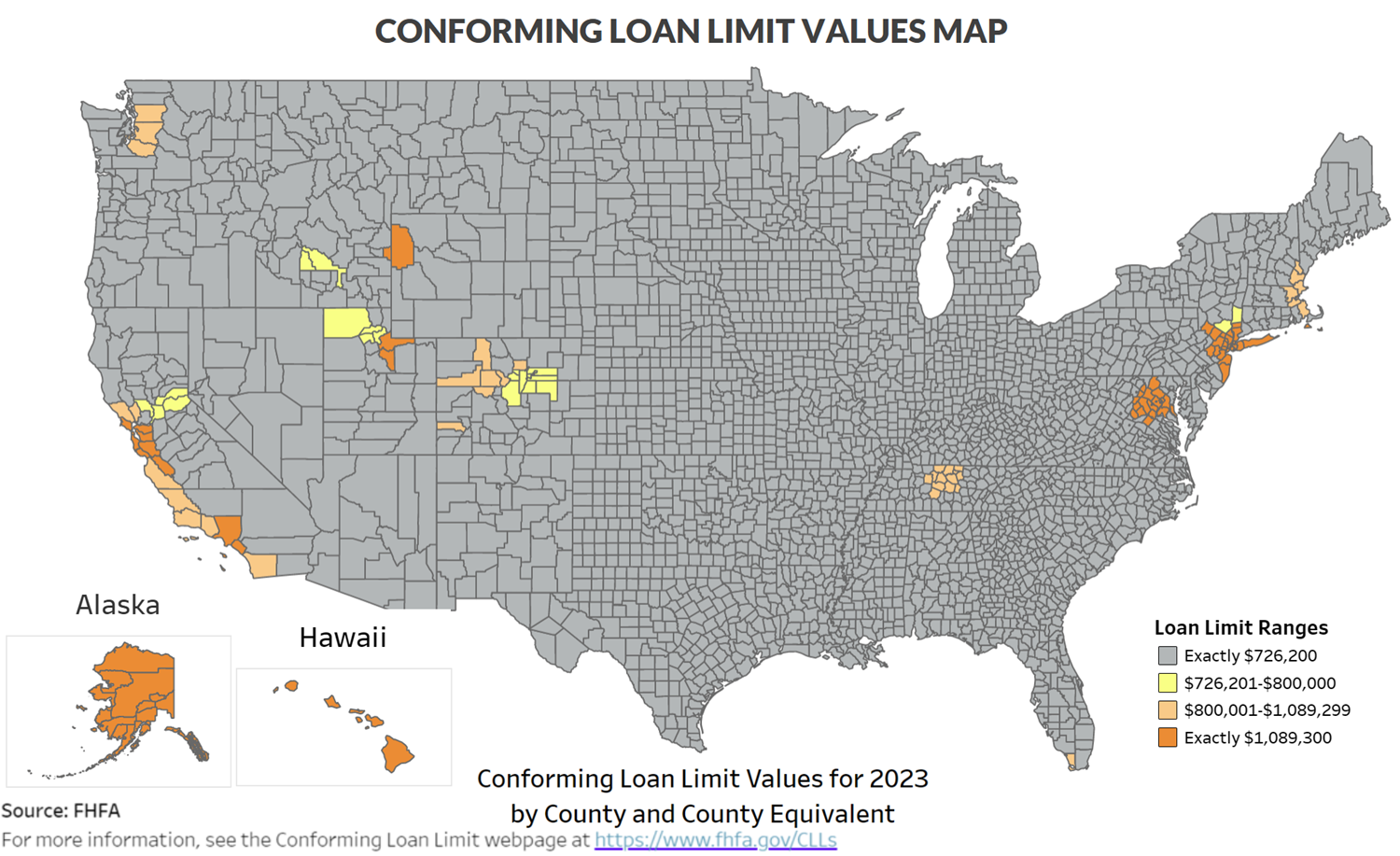 Here is state-by-state data for areas where the county limit excedes the baseline loan limit range. For all other areas of the country the besline limits apply. You can also download this data in PDF or XLS formats.

Download the FHFA conforming loan limits in XLSX or PDF formats: 2021 XLSX, 2022 XLSX, 2021 PDF, 2022 PDF. Below are county limits listed state by state alphabetically. Where a state is not listed it means the entire state is subject to the continental baseline.

Click on your state to get today's best rates and prequalify for your mortgage!

Here is state by state data for areas where the limit excedes the baseline loan limit range. For all other areas of the country the above listed limits apply.

The default baseline conforming limits apply to all other counties in all states, along with Puerto Rico and the islands which make up the Northern Mariana Islands (Northern Island, Saipan & Tinian).

The following table lists conforming mortgage limits by year from the 1970s onward.

The Federal Reserve has hinted they are likely to taper their bond buying program later this year. Lock in today's low rates and save on your loan.