Use our bi-weekly payment calculator to see how much you will save.

What You Should Look For

Many companies will make the offer to convert a mortgage to a bi-weekly payment plan with a fee. The lender will automatically withdraw the payments from the homeowner’s bank account every two weeks. It is important to read the small print associated with this. Many of them only pay the lender once every month, so that extra payment doesn’t get applied to the loan until the end of the year. In the meantime, the company earns interest on the homeowner’s money in addition to charging the homeowner a fee that can seem high at times.

Other Ways to Save Money on Your Loan

If you have built up sizeable savings then applying a portion of your savings to your mortgage will permanently lower your interest cost by lowering the principal balance you are charged interest on. If your loan was made during a period of higher mortgage rates, it might also make sense to refinance your loan at a lower rate & perhaps over a shorter duration of time. The following table highlights local rate information.

If the lender does not offer a bi-weekly program and the homeowner is interested in paying the loan off early, a bank account can be opened and arrangements made for the mortgage payment to come out every month in two bi-weekly payments. At the end of the year, the homeowner can write a check on the account for an amount that is the same as the monthly payment and sent into the lender.

There is also another simple method that is used for prepaying a mortgage. All that has to be done is add an extra amount that is equal to 1/12 of the monthly payment to each payment and the loan will be paid off earlier than standard bi-weekly payments. 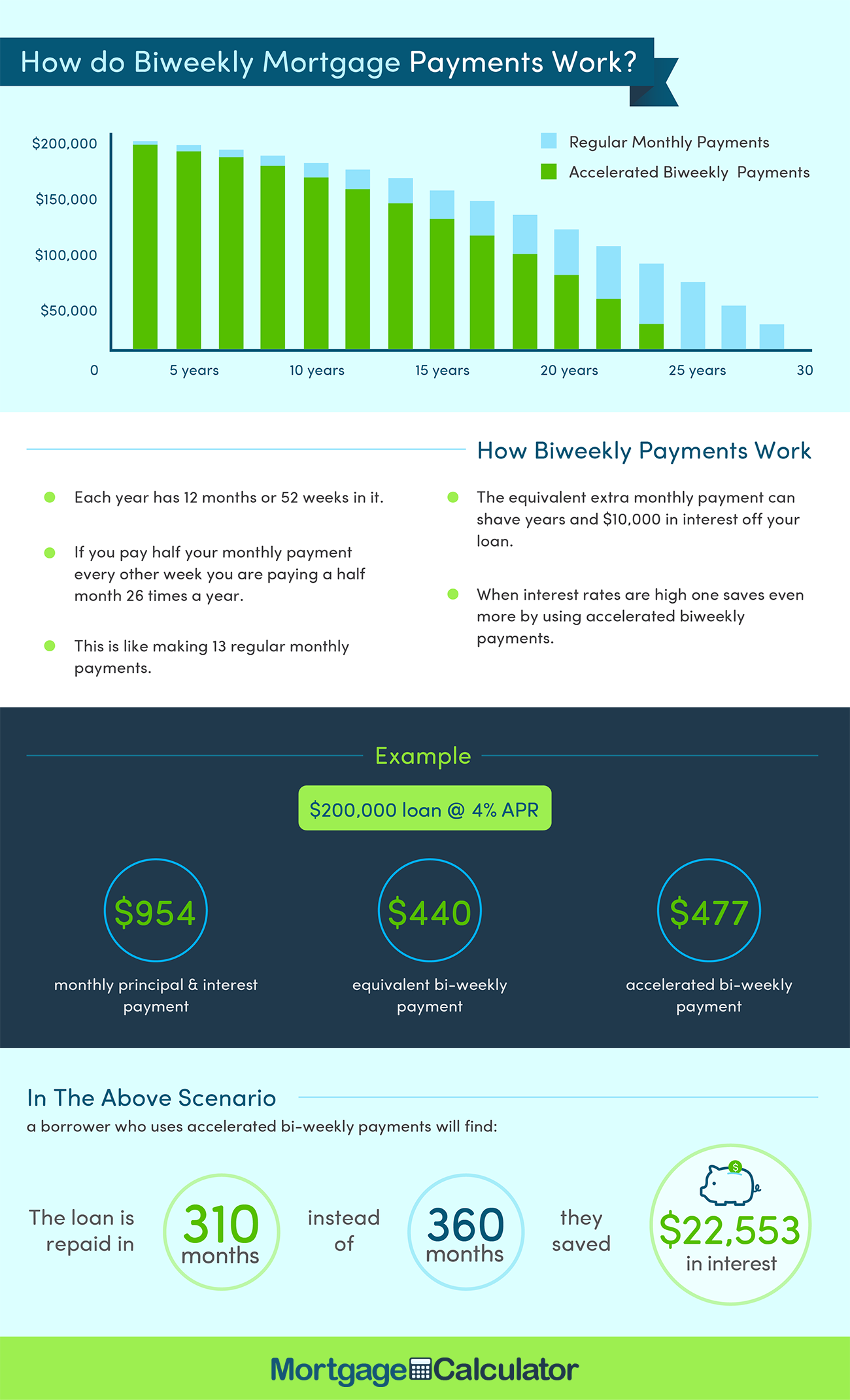 There is absolutely no reason to pay a fee for a task that a person can perform on their own using the “do-it-yourself” method that was explained earlier. If the intermediary becomes bankrupt and doesn’t make the payments, the lender will not care if it wasn’t t the homeowner’s fault. It is the homeowner’s responsibility to make payments on time, even if a third party is the one making them for the homeowner.

No matter how the homeowner does it, making extra payments each year can significantly reduce the amount of interest that the homeowner will pay on their home loan.

It is a great idea to take a little time to play with the numbers by using online calculators to check how much will be saved by making bi-weekly payments.

Here are some things that a bi-weekly mortgage schedule can do:

Customers who are knowledgeable should understand what a bi-weekly mortgage program can and cannot do for them. Here are two of the most common misunderstandings:

US 10-year Treasury rates have recently fallen to all-time record lows due to the spread of coronavirus driving a risk off sentiment, with other financial rates falling in tandem. Homeowners with a steady payment history may benefit from recent rate volatility.