Most people fail to consider ALL of the expenses associated with buying an automobile. Nearly all purchase scenarios come with different variables (depreciation rates, interest rates, purchase prices, insurance costs, mpg ratings, etc.), making it difficult to compare one scenario with another. This tool will help you forecast the REAL COST of buying and owning a vehicle.

To save time, fill in the first colun and then click on "Copy 1 to 2," then adjust the second column as needed.

For your convenience current Fairfield auto loan rates are displayed underneath the calculator.

My older brother is an accountant, and even though he doesn't provide me with free financial services, he still manages to criticize every penny I spend.

His pet peeve is how cavalier I've always been about buying cars. I tend to buy a car based on two factors - how much it costs and how much other people will like the way it looks.

But there is one consideration I never gave a second thought to - how much it actually costs to operate and maintain a car, otherwise known as the total cost of ownership, or TCO.

Why TCO Is Important To You

The total cost of owning a car, truck, or SUV varies quite a bit from carmaker to carmaker and from model to model. If you don't have a brother who's a fussbudget accountant, the TCO will guide you through the jungle of vehicular variables.

It's easy to compare cars when it comes to the initial price, and often the car's MPG rating is posted proudly on the windshield sticker, but what about repairs, maintenance, and depreciation? One car may cost less to purchase, but more to repair. Another may cost more initially, but actually save you a bundle if it has a high resale value. The TCO calculation puts it all into perspective, and it allows you, in a sense, to compare apples to apples when it comes to the cost of owning and maintaining different vehicles.

Let's look at a practical use of the TCO as the main consideration in deciding between two seemingly equal bargains: a Mazda 6 and a Toyota Camry. Both are fine cars, but the Mazda will cost you a lot more down the road, even though its sticker price is $1,900 lower when you sign on the dotted line.

After using this TCO calculator to compare the two cars, you'll see that the total cost of buying and operating the Mazda 6 for five years is actually $2,000 higher than the Toyota.

By the same token, if you were to compare the Toyota Highlander SUV with the similar Dodge Journey, the Dodge appears to be the bigger bargain, priced $1,600 less than the Highlander, but this number is deceptive. In fact, when you factor in things like depreciation, insurance, maintenance, repair, and fuel costs, the Toyota Highlander will cost you $5,000 less to drive for the first five years. Here are the six main points used to compute the true cost of ownership:

You already know that your car's value takes a sharp nosedive as soon as you drive it off the lot, but did you realize that depreciation accounts for half of the cost of operating the vehicle during the first five years? Depreciation is a measure of how much value your vehicle loses over a specified period, and the average sedan depreciates about 65 percent over five years, for example. Some cars depreciate faster because: 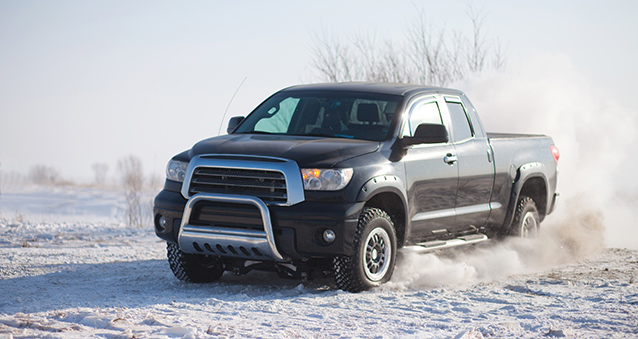 Not far behind in the calculated expense of owning a car is the cost of filling up the tank. You need to consider how many miles you drive per year, the price of gas, and your car's MPG rating. If you drive a gas guzzler, you probably feel the pinch every time you fuel up. But keeping the TCO in mind, you could trade up to a similar size vehicle that doesn't burn a hole in your wallet. The average Jeep Liberty owner spends nearly $15,000 on gas over five years; a Toyota RAV4 V-6 would cost only $11,000 to fuel during that time. During the first five years of tooling around in your car, fuel accounts for a quarter of the TCO. Whether it's regular, premium, or diesel, be sure to consider what kind of fuel is recommended by the manufacturer when calculating fuel costs.

Interest comprises about 11 percent of the five-year TCO, depending on your interest rate and the amount of your down payment. If you're not sure of the interest rate, use the national average, which was 6% on the date this article was published.

Insurance costs can vary widely according to:

While insurance comprises less than 10 percent of the cost of ownership, it can make a big difference in choosing the most cost-efficient vehicle. A car that seems to be a "steal," like the sporty Subaru Impreza, may end up costing three times as much in insurance premiums as the comparable Mini Cooper S.

Over the first five years, most repairs are still under factory warranty, so maintenance and repair costs make up less than 4 percent of your total, but it's still important to research each make and model you're considering. With a Porsche Cayenne SUV, for example, you can expect to spend $4,000 on repairs and maintenance during the first five years, which is about double what the average SUV owner spends.

What Are Carrying Costs?

Carrying costs are expenses associated with buying the vehicle, including sales tax, depreciation, and interest. They are diminished substantially over time as your car is paid off.

What Are Operating Costs?

Operating costs are the dollar value of keeping your car on the road. Gas, insurance, and maintenance expenses are all aspects of the operating costs, and these costs increase as your car gets older and requires more frequent repair. On average, the carrying costs for a car are 20 percent higher than the operating costs, but only for the first four or five years. After that, the tables are turned.

Calculating your total cost of ownership may show you that spending more up front on a car can save you money in the long run. The trick is to balance your emotional attachment to a car with a rational running of the TCO numbers. Let the calculator – and your older brother - be your guide.

Fairfield Homeowners May Want to Refinance While Rates Are Low

Check your refinance options with a trusted Fairfield lender.