How Much Will You Earn in Your Career?

This tool helps make you aware of how much money you (and your spouse/mate, if applicable) will have the opportunity to manage between today and retirement. If you end up broke at retirement age, it probably won't be because you didn't make enough, it will because you did not successfully manage the abundance of income you generated.

How To Figure Out Your Earning Power

Every person who figures out their lifetime earnings is surprised, or better yet, awestruck at the amount of money they're going to make over the course of their career - usually many millions of dollars.

It's equally astounding how much of your lifelong earnings you'll burn through because of willy-nilly spending and conspicuous consumption. If nothing else, this calculator will make you want to hold onto more of your hard-earned income, once you see the big picture that is.

A lifetime earnings calculator estimates the annual growth of your income based on your annual cost of living increases. Then, it adds up all of your projected annual incomes from today until the day you retire.

It's fascinating to see what your lifelong commitment to hard work will amount to and how your earnings will grow over time. So grab a cup of coffee, a pad, and a pen. In order to shape your present, it's time to use this simple calculator that will help you look into the future.

Before we start, let's brush up on some important financial terms relating to your calculations:

How To Use This Calculator

We're going to use a hypothetical person named John, and the calculator will assign a dollar figure to his life's work. John is 32 years old and earns $45,000 a year. He is planning to retire when he turns 65, and he estimates his rate of salary increase to be 5% a year. This number is slightly higher than the national average, but John considers himself to be a hotshot in his field.

After entering John's information, just press "calculate." Suddenly, you're fast-forwarded 33 years to John's retirement. It looks like a rosy one because the calculations yield a total life earning figure of $3,602,870.

Now let's juggle the numbers a little to see how asking for a raise today might affect John's future. Presently, John makes about $22.50 an hour. If he obtained an immediately effective raise of $1 per hour (an increase of 4.5%), total earnings would jump to $3,762,997 over the span of John's life. A dollar an hour more in the workplace now translates to over $160,000 more in your pocket by age 65.

What happens if John asks for a raise of $2 an hour? He might lose his job if he's not diplomatic, as a raise of $2 per hour is nearly 10% more. So without risking his job or taking on a second one, how can John significantly increase his total wages?

Turning to the calculator again, we'll enter the numbers for John's financial plan B, which is burning the midnight oil by working overtime. At the $22.50 hourly rate, John would earn approximately $33.75 per hour of overtime. Estimating conservatively, John believes he can take on a couple of evenings and a couple of Saturday mornings of overtime work each month, so he adds 12 hours overtime.

The overtime adds up to $405 each month, or $4,860 for the year. Using that as a guideline, we see that working 4 to 5 hours a week of overtime will increase John's income by just under $400,000. It certainly helps you set goals and stick to them when you can see the benefits in dollars and cents with your own eyes.

Even if you don't receive an hourly wage, you can adjust the rate of increase to include yearly bonuses and other expected income. Just add them to your yearly total before loading the revised number into the calculator.

How To Estimate Future Earnings

When gazing into a crystal ball at the future, one thing is for sure. Of course, that thing is that nothing is for sure. Because of that, we use what are called "safe harbor" estimates. These estimates are on the conservative side, and the following suggested guidelines allow for variables like investment returns, salary increases, and inflation:

Let's consider yet another option for increasing your earnings - putting off retirement for a few years. Due to advances in science and medicine, people born today are expected to live around 90 to 100 years. Granted, you weren't born yesterday, but the human lifespan has expanded. So why shouldn't your earnings expand, too?

We're all different, so the idea of a one-size-fits-all retirement age of 65 doesn't make sense. Some people are rejuvenated by hard work and wish to remain spry by working well into their 70s and beyond. Then again, others are ready to retire by age 35.

Of course, it's difficult, if not impossible, to predict what conditions will prevail 30 years down the road, but let's assume that John has been blessed with good genes and longevity. If he decides he is going to wait until he is 68 to retire, the earnings picture changes quite a bit.

Working past the age of 65 may not be everyone's cup of tea, but at least our calculator shows you some options and lets you compare strategies. For example, John might decide to cash out early and retire on his 60th birthday. It sounds good, but one quick click of your mouse reveals that by retiring five years ahead of time, John stands to lose about a million dollars ($974,754) because his lifespan wages will plummet to $2,628,116. What a difference a year makes!

Earn It, Don't Burn It 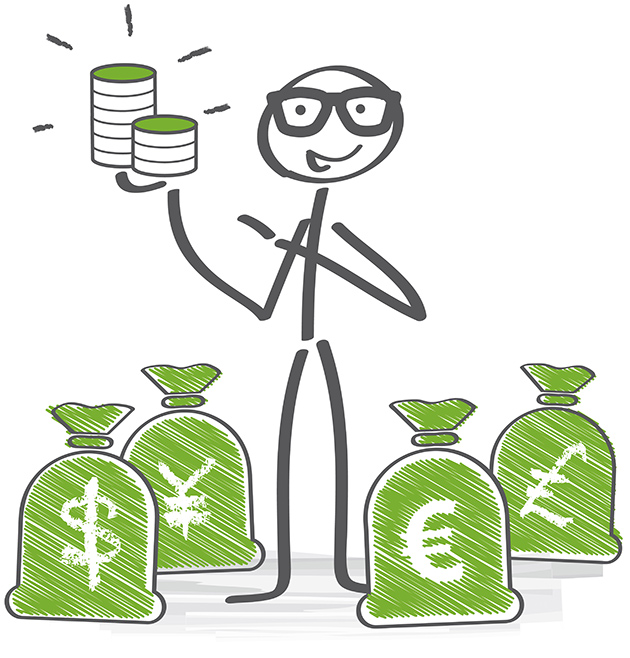 If you keep working hard in your present capacity, will you be a millionaire by the time you retire? Not necessarily, but it does mean that you will have earned millions over the course of your career. Of course, how much of it you hang onto is wholly up to you.

If you run out of money after you retire, you could lose everything including your dignity, so think of our handy online calculator as a wake-up call if you aren't living up to your full potential. Maybe you're too timid to ask for a raise. But if you show a little backbone now, it could translate into the better part of a million dollars later on.

Your path to riches is a long and winding road that will pay off handsomely in the end, but only if you prepare for the journey and stay the course for the long haul. Our calculator can act as your map and compass, and it will tell you how to reach your financial goals and lifestyle dreams.

Calculating your whole life's earning potential is the opposite of a get-rich-quick scheme. It shows how bringing home the bacon adds up to more than the sum of its parts - a lot more. Consider it your surefire get-rich-slow plan.

It is our hope that seeing your lifelong potential as a wage earner, the entire fruits of your labor, and how your salary adds up to millions over the course of your life will spur you on to spend less and save even more of your disposable income. Preparing for your retirement may seem far away, but it should always be foremost in your thoughts and your budget.

So if you run out of money in your old age, you can't say we didn't warn you.