Tips for Saving Energy in the Home

Green Living for Everyone: Save Money & Improve the Environment Today

Saving energy is a goal that is worthy of worldwide attention and international cooperation. However, it is also something that can be pursued on a local and individual level, by homeowners and apartment residents alike. Energy-saving techniques at home don't have to be expensive, either. Cutting down one's energy usage comes down to a combination of high-tech innovations, simple common-sense techniques, and basic changes in one's habits. Energy-saving techniques, overall, can be of benefit not only in the form of lower electric bills, but also less pollution of the air and water.

When developing a plan to conserve energy in the home, the first thing that a resident should do is identify the biggest sources of energy usage. Typically the largest amount of energy, nearly thirty percent, is dedicated toward heating a home. The next largest, at over fifteen percent, is cooling, followed closely by the water heater and household appliances. The next step is to figure out where energy is being used when it doesn't need to be. Reducing the amount of wasted electricity is an essential part of saving energy in the home. Typically the biggest sources of wasted energy include the heating and air conditioning system, as well as lights and consumer electronics on standby power. 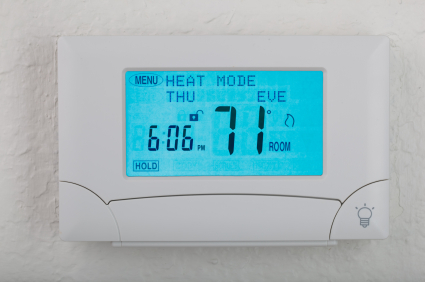 Conserving energy can be achieved by either high-tech means or by basic changes in one's behavior. One high-tech way to measure a home's energy usage is to use a device called a watt-hour meter. It is an electronic device that sits between a device's power plug and an individual wall outlet, and measure the device's power usage over time. A watt-hour meter is useful for pinpointing problem areas within the home where energy usage is either unexpected, excessive, or both. Replacing aging or broken appliances with Energy Star-compliant appliances will also reduce a house's energy usage. Installing solar heating will take some of the workload off a water heater, and letting in sunlight during the day will reduce the need for daytime lighting. Low-tech ways of cutting energy usage and waste are also helpful when a meter is unavailable. Locating devices that are on standby power and turning them off, is a big way to save energy. Video game consoles and set-top boxes such as digital video recorders and cable TV receivers, are among the biggest users of standby power. Appliances like refrigerators can waste energy, especially if their motors are constantly running. Refrigerators with old door seals will run constantly in order to keep their contents cool, resulting in excessive usage of electricity. Replacing these seals can save energy, as will keeping refrigerators and freezers full. Turning off lights in rooms where they're not being used, is another good way to save energy. One of the biggest ways to cut down on waste is to set the thermostat lower during the winter and higher during the summer, so that the system isn't running as often.

Conserving energy is as important as finding new sources of energy. Although government and scientists make efforts to find alternative ways to supply energy, regular people should do their part. This means taking steps within their own homes to conserve and reduce the amount of energy that they consume. A home that focuses on energy efficiency can use up to forty percent less energy than average. By reducing energy usage, people also receive the additional benefits of saving money as well.

For more information about saving energy in the home, please see the following links.