Prenuptial Agreements – Planning for the Future

A Helpful Guide to Creating Your Premarital Agreement Iussues Checklist

When couples fall in love and take their turn down the marriage aisle, the furthest thing from their minds is the thought of divorce and the division of assets. That's entirely understandable. Caught up in the excitement of starting a new life together it can be hard to envision a time when you might part, and go your separate ways. But the truth of the matter is, 40% to 50% of all marriages in the United States end in divorce; and part of planning for the future as a married couple is considering every eventuality, even the ones you might prefer not to think about. For many couples, that plan includes a prenuptial agreement.

What is a Prenuptial Agreement?

There's a common misconception about premarital agreements, and that is that they are a kind of legal weapon to be used by wealthy couples in a divorce proceeding. While high profile celebrity divorces may reinforce that idea, the truth is rather more prosaic. 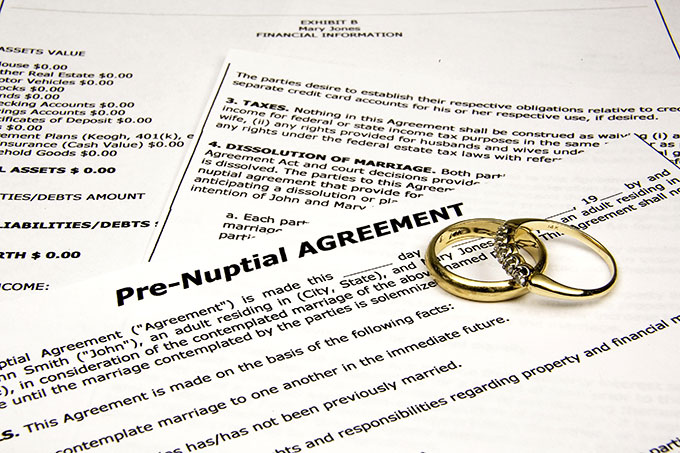 A prenuptial agreement is nothing more, or less, than a contract between two people. It specifies the assets and liabilities that each party brings to the marriage, and determines what each party's property rights will be throughout the marriage and should that marriage end in divorce. Prenuptial agreements can also come into play after the death of a spouse, ensuring that their property rights and interests continue to be protected following their demise.

In short, a prenuptial agreement is simply an alternative estate planning tool that can be used to protect the financial interests of the married couple and their heirs.

Is This the Right Answer for You?

Deciding whether or not a prenuptial agreement is right for you and your future spouse is a decision you need to make together. Every couple's financial situation is unique, and you should both talk frankly about your current circumstances, and how they may change following your marriage. Prenuptial agreements have much to offer, but they don't necessarily suit every couple. For some, the divorce and property laws of their state may be sufficient to their needs; and they may not consider a prenuptial agreement to be particular beneficial in their situation.

Couples who do opt for a prenuptial agreement usually do so for one or more of the following reasons. If any of these circumstances apply to you, or your future spouse, a prenup may be advisable.

You Are Significantly Wealthier than Your Partner – A prenuptial agreement can protect your existing wealth from becoming communal or marital property.

What Can and Cannot Be Included

Now that you have a better idea of whether or not a prenuptial agreement is right for you, it's time to delve a little bit deeper and learn what can, and cannot, be included in your premarital contract. Again, many people mistakenly think of prenuptial agreements as a weapons to be used in a divorce proceeding. But there are strict rules about what can, and cannot, be included in a premarital agreement, and disregarding those rules can result in the contract being struck down should it be challenged in the courts. 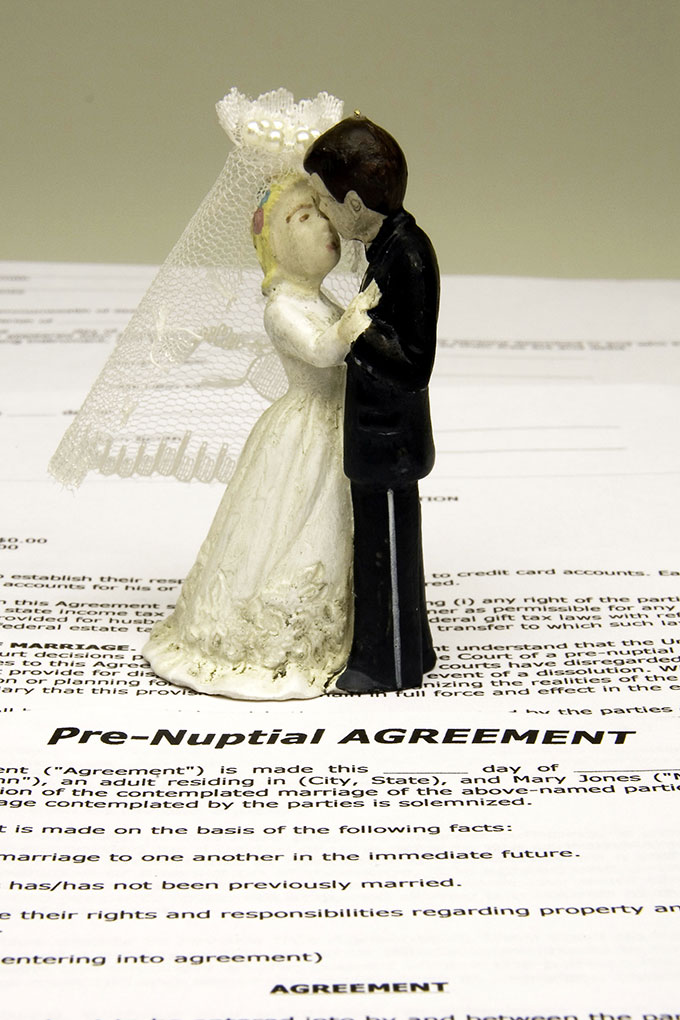 Items that Cannot be Included

What Can Invalidate Your Agreement?

This should illustrate just how important it is to carefully craft your prenuptial agreement, and to always rely on experienced legal advice when finalizing any marriage contracts.

The Importance of Expert Legal Advice

For a prenuptial agreement to be a binding legal contract, it needs to be prepared by a lawyer who is experienced in matrimonial law, and well versed in the laws governing marriage contracts in your state. Ideally, you should each have independent counsel, to ensure that both of your interests are represented fully and fairly. All prenuptial agreements are closely scrutinized by the courts, and the presence of independent counsel for each party is a good indication that the contract is fair, and that both parties have entered into the agreement in good faith and with adequate legal representation. Having separate lawyers also helps to avoid any misunderstandings or misapprehensions that can arise during the drafting process, ensuring that both of you will be satisfied and comfortable with the final agreement. 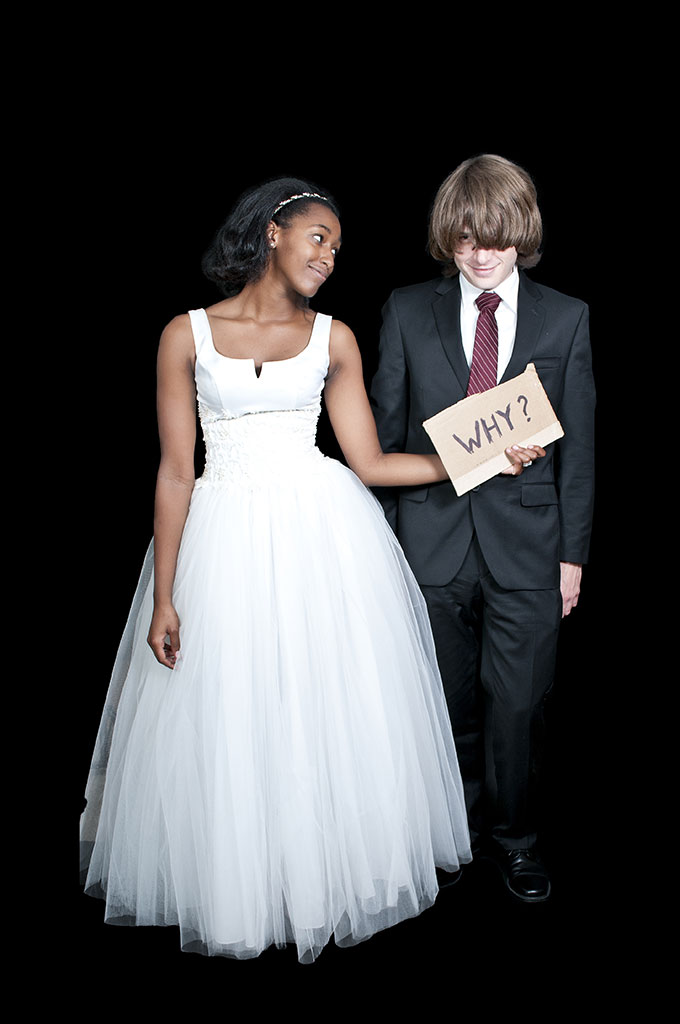 What to do Before You Seek Legal Advice

While retaining expert legal advice when drafting a prenuptial agreement is critical, you need to do some prep work before you bring the lawyers into the process. When it comes time to retain legal advice, you will want to have the essential terms of the contract worked out beforehand. Discuss the nature of your prenuptial agreement, frankly and openly, and put your interests and concerns down in writing. Many couples find it extremely helpful to refer to a prenuptial agreement checklist or worksheet to ensure that all of their concerns are adequately addressed. With that rough outline in hand, you will be better positioned to work with your lawyers to produce an agreement that is fair and balanced, and that can stand up to legal scrutiny.

How to Ask for a Prenuptial Agreement

Admittedly, discussing prenuptial agreements isn't particularly romantic, but it doesn't need to be confrontational either. As adults, you should be able to sit down and discuss your future together calmly and honestly. If you feel a prenuptial agreement is something you want to pursue, and are unsure how to broach the topic with your fiance, the following talking points should help make the conversation a little less uncomfortable.

Deciding you want a prenuptial agreement doesn't mean that you do not truly love your partner, or that you necessarily envision a day when you will want to leave them. Prenuptial agreements are nothing more than estate management tools designed to protect you and your spouse, and by extension your family, in the event of a divorce. For many couples, preparing a prenuptial agreement is simply another part of the wedding planning process, and is no more onerous than picking out a wedding venue or putting a down payment on a starter home.

If you or your partner think that a prenuptial agreement is the right choice for your financial future, discuss the pros and cons of the contract openly and honestly, and give yourselves plenty of time to craft a preliminary agreement. Be mindful of what can and cannot be included in the agreement, and when you're both ready to proceed be sure to retain experienced legal counsel to help you finalize and file the necessary documents. When it comes to the future nothing is ever guaranteed, but having a valid prenuptial agreement in place before you take your vows can give you both the peace of mind you need to embark on your new life together.