The History Of American Mortgage

One of the factors underlining the American Dream consists of purchasing and officially owning a house. Only a slim margin of the middle class can outwardly afford to purchase a home without applying for a mortgage to achieve what many pursue to make a reality. The mortgage market has evolved with ever-changing face of real estate. The mortgage history in the United States has been fraught with booms and busts that have enriched and devastated families affected by recessions and depressions. Nevertheless, mortgages remain as the primary form of lending when it comes to property transactions. The mortgage process entails the granting of monies to obtain a home with good faith that the debtor will repay the loan with interest attached to life of it. Both the debtor and lender benefit if nothing goes awry.

The Perspective of the Mortgage Process Throughout History

Mortgage history has its roots in ancient civilization. Many scholars hypothesize that debtors swore a pledge to obtain property before the advent of the mortgage. During these times, the “mortgagor' would make an agreement with a “mortgagee' to exchange property for repayment over time. The pledge became “dead' when the borrowing party could or could not meet the agreement. One of the earliest accounts of mortgage law stems from ancient India in the form of the Code of Manu, an ancient Hindu script that rejects deceptive and fraudulent mortgage practices. Critics of mortgaging lambasted the gaping holes of those who took advantage of the lending process by charging too much interest. Usurers had a special place in the seventh circle of hell, according to Dante's Inferno. Indeed, God condemns money lending in Jewish law. According to the American Law Register , the origin of mortgage history lies in the sacred Talmudic scriptures. The Ancient Greeks and Roman civilizations simply borrowed these concepts from Judaic sources. The Romans adopted the concept of debt security by assigning the possession of property to the creditor while the debtor remains in control of it until the debt is repaid. These historical influence continued to have impact for societies who adopted money-lending practices, including the English common law that took advantage of all forms of the money-lending business.

Early maritime law also issued allowance for loans on merchant ships. Borrowers would repay the loan with interest once the ship arrived at their destinations. The United States adopted this ancient maritime mortgaging idea during the Second World War to safeguard the immense surplus on merchant ships. Private owners also mortgaged their ships to advance a loan to acquire their boats. Clearly, the modern mortgaging process has its roots in ancient money-lending policy.

The Rise of the American Mortgage Market

The rise of the United States mortgage market occurred between 1949 and the turn of the 21 st century. In fact, the mortgage debt to income ratio rose from 20 to 73 percent during this time. In addition, mortgage debt to household assets ratio rose from 15 to 41 percent. The American federal government's intervention in mortgage-based lending caused this rapid growth, thus setting it apart from the rest of the world. The American mortgage has its roots in the founding of the first legitimate commercial bank in 1781. Once established, a new system of banknotes exchange, governmental interplay, and lessened liability on the behalf of bankers caused the ripple effect in the United States mortgage market.

Commercial, mutual savings, and property banks expanded into the early 19 th century. These lending institutions catered to the unique characteristics of each region they infiltrated. For instance, banks in rural regions issued mortgages to farmers. The number of banks increased between 1820 and 1860, which also led to an uptick in the volume of loans. During this period, money-lending institutions issued between 55 and 700 million dollars in mortgage loans. The National Bank Act of 1864 established national bank charters and created greater security for the federal treasury. It also led to the development of a nationalized currency to help finance the Civil War. The nationalized currency replaced state and bank bonds The charters allowed for the banking system to expand; however, national banks faced restrictions from directly investing in mortgages and the long-term investment market. In 1893, small state banks started to issue bonds as acknowledgments of debts based on the credit and trust of the debtor alone. The United States favored these types of mortgages; however, they vastly differed from the loans of today. In fact, the average life of these mortgages only lasted six years and account for less than half of the property's value.

The United States mortgage market faced disruption during the end of the 19 th century. It became a disorganized network of uneven allocated mortgage loans that impacted western farmers negatively. The segmentation of the mortgage market favored the Northeast while charging growing areas in the West with higher rates. The majority of lending institutions desired to urbanize the Northeast by injecting investment funds for city projects and expansion. Lending institutions provided nearly 40 percent of all loans for residential construction. Population numbers doubled in the Western cities, despite higher interest rates than their eastern counterparts. Scholars suspect that the uneven allocation of mortgage funds may have slightly stunted growth in new cities between 1880 and 1890. Western mortgage companies sold their loans to Eastern investors. However, the unsuspecting drought that caused farm foreclosures hurt Eastern investors and caused them to doubt the mortgage investment market. Investors regained their confidence when the West began its recovery and interest rates began to level. This occurred when life insurance companies became successful and funds moved across regional borders.

The American Mortgage Market During the 20th Century

Mortgages featured variable interest rates, short maturities, and high down payments by the early 1990s. Before the Great Depression, homeowners renegotiated their mortgages every year. The modern mortgage market began to take shape after the federal government intervened during the Great Depression. This intervention resulted in the formation of the Federal Housing Administration, the Federal National Mortgage Association, and the Home Owner's Loan Corporation. The Great Depression caused property values to plummet, which destabilized the mortgage market. Homeowners defaulted on their loans when holders refused to refinance their mortgage. Roughly 1/10th of all homes faced foreclosure, leading to the constant pressure for holders to resell repossessed property. Lending institutions survived by providing government-sponsored bonds to reinstate mortgages in default. It enabled the extension of terms and fixed rates to create self-amortizing loans. Other efforts were made to increase investing confidence in order to stabilize mortgages in poorer areas.

The Second World War introduced provisions written in the G.I. bill for veterans, including the formation of the VA mortgage insurance program. It provided excellent rates and became part of the compensation package of service members. Lending institutions intended for this to stimulating the housing market. The loan to value ratio increased 95 percent. In addition, the maximum mortgage term extended to thirty years. In 1968, the Government National Mortgage Association emerged to bring uniformity to the American mortgage market by bringing financial instruments to keep it afloat. The birth of the Federal Home Loan Mortgage Corporation occurred in 1970 to help promote home ownership. Adjustable rate mortgages returned to the market during the 1980s under the discretion of the Federal Reserve. In 2003, government mortgage institutions accounted for nearly 43 percent of the total mortgage market. 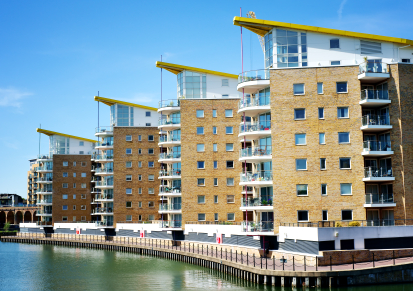 The mortgage market consists of unique and specially trained investors who understand its complex structure. It consists of many professionals, including mortgage brokers, bankers, and correspondents. Regulatory practices must also be considered to avoid predatory lending, which resulted in the sub-prime mortgage crisis that country is recovering from slowly. Buyers need to understand the depth of the mortgage information available to them in order to obtain a loan for their home, including the implications of adjustable-rate and hybrid mortgages to avoid pitfalls when fixed-rates expire. Recent lawsuits against Bank of America and Wells Fargo for allegedly engaging in mortgage fraud stands as a testament and need for stricter regulation. Educating the buyer on important mortgage information and regulating the lender will ensure the stability of the mortgage market over the coming years.

Follow these links to learn all about mortgage information